What you think is what you test… Not yet another testing API or framework!

Please use this permalink (goo.gl/XqS4Zf) to share this web page and to get analytics data. You can also use this QR code. 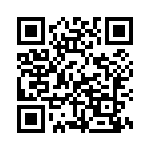 Let you know your tests are exemplary with this badge:

TestAsYouThink is an open source software library in Java for testing purposes. It is designed as a fluent API that will change the way development teams write their unit and integration tests. It aims to take control over the coding practices as executable guidelines, from beginners to experts, to get high-quality tests. Why should you adopt TestAsYouThink?

Why to name this API TestAsYouThink? The goal of TestAsYouThink is to map out the road from a new software functionality idea to its contractualized achievement as an executable test, while preserving product developers against known pitfalls. According to this perspective, any pitfall is likely to extend the developer’s journey and to put him off his target. By anticipating such pitfalls, TestAsYouThink will be the best way to reduce the distance to proper, durable testing.

Moreover TestAsYouThink uses the Given-When-Then canvas as a formal guide to compose tests. This canvas originally comes from Gherkin that is a grammatical protocol used in the Behavior-Driven Development method to write test scenarii in a business human-readable way by specifying a software behavior basing on concrete examples. Given-When-Then serves to divide any test into the three eponym steps. This canvas is implemented by the TestAsYouThink project to deliver a DSL style fluent API.

Add TestAsYouThink as a dependency to your project with Maven, or download it from Maven Central.

Here is the minimal syntax to implement your test methods as a Given-When-Then scenario.

Let us complete the previous scenario with a very simple example of what you can do, while testing a non-void method of your system under test (abbreviated as SUT later), the SystemUnderTest class here.

Of course, it is also possible to test any void method, instead of a non-void one, like this.

A test fixture is a predictable state of a set of objects or values to prepare a running test at the beginning of its lifecycle. The goal of any test fixture is to make tests repeatable. What follows can be part of a text fixture:

Through misuse of language, an object such as the previous ones is often called a test fixture.

Rather than mixing all fixtures in one monolith of code, TestAsYouThink applies the separation of concerns to fixtures with multiple Given steps.

Separation of concerns with multiple Given steps

If your fixtures preparation may be divided into several blocks, you can make them materialize.

You are encouraged to explain your intentions to share and remember them by specifying your test fixtures. What makes them specific to the current test case?

System under test as a test fixture

You can prepare the SUT in a separate Given step.

The same preparation is allowed with a more compact syntax.

The following other one lets you prepare the SUT even as facing some instantiation constraints.

Method arguments as a test fixture

If some fixtures are the arguments of the method to be tested, you may favor the following alternate syntaxes.

The arguments prepared as test fixtures will be injected as argument values when the method to be tested is called. As you can guess, Data::choosenDataSet is a method reference.

Moreover, only three arguments per method at most are accepted: it is considered as a maximum to get a good design. Above, you should refactor the SUT code.

Instantiate each argument might be a little tedious: let the API do that for you if the argument type is mutable.

Notice that the whatIsSpecial name must specify the argument and it replaces the previous literal description.

You can use different syntaxes to pass the event to the when() method:

All of them are useful: the more proper one depends on the use case.

You can favor the simplest when() method, or choose a more explicit, alternate method: whenSutReturns() if a result is expected; otherwise whenSutRuns().

Starting with the event

To write very simple tests, you might want to directly attack the system under test. In such a use case, the API syntax becomes very minimalist.

To define the event, you may want to pass a lambda expression to the when() method like this.

In such a case, the compiler meets an error because of an ambiguous method call: it does not know which when() method must be called. One receives a lambda that returns a value, while another one receives a lambda that returns nothing. Instead of casting the lambda expression to a function or a consumer or replacing it with a lambda statement, you can solve this compilation problem by using the following alternate methods.

Separation of concerns with multiple Then steps

You can separate expectation concerns if needed. The following example separates expectations between the result and the SUT.

You can also separate the result expectations in detached blocks.

You are encouraged to explain the system under test behavior by specifying your expectations. What is the expected behavior in the current situation?

You can write your expectations by providing one or more predicates instead of assertions.

If a method signature contains a throws clause with a checked, compile-time exception, it is not necessary to modify the testing method signature anymore by adding the same clause to it. This clause and its spreading are considered as a technical constaint without value in a executable specification approach. As a consequence, it becomes imperceptible for the test code, and above all for the software developer who can stay focused on his tests. Tests will continue to fail if any unexpected exception is raised.

Because the failure testing is an important part of your use cases, you can verify the behavior of the system under test when it is used ouside operating conditions.

Without an explicit SUT, you get:

You can also verify the cause like follows: thenItFails().havingCause(ExpectedCause.class).withCauseMessage("expected cause message").

When an unexpected failure occurs - because of a regression for example -, the test fails by raising an Error, because the defaut behavior consists of assuming no failure should happen, unless the software developer wants. Each Error type belongs to one testing stage as indicated in the table below.

When a test fails, the origin of the raised error becomes the error cause and the stack trace should explain what exactly happened: the first failure points out the testing stage so that you know what kind of solution is needed, and the second one is the real failure cause.

Sometimes the only thing to verify when executing the target method is that no failure happens. This kind of assertion is useful for the methods whose the only purpose is to check a requirement and to raise an exception if it is not satisfied.

Sometimes you need to limit the allowed execution time of the tested event.

By default, the time limit is given in milliseconds. If you want to use another time unit, simply use the java.time.Duration class:

The advantage of TestAsYouThink is that the time limit is only applied to the tested event, while JUnit applies its timeout to the whole test method with its @Test annotation. JUnit 5 will propose an assertTimeout(duration, lambda) method that returns the lamba result, but such a syntax amalgamates irremediably the expectations and the event.

Fluent assertions as a chained extension

You never write your assertions without adding AssertJ to your projects, don’t you? If you have written your test on starting by the event, like this for example…

…maybe you would like to use AssertJ as if it was an extension of TestAsYouThink. It is the reason why you can do. It is really useful if the SUT is implicit, when the target method is static for example, and if the assertion scope is narrow. In this case, do not stage your test and write it just as following.

This usage is foreseen for very simple tests only. On the contrary, if a test scenario consists of the Given-When-Then steps, you should structure the whole test by pointing out each step and wrap the assertions in at least one well identified Then step, and maybe different ones according to their matters.

Why use resultOf() rather than assertThat()? Here the goal is to identify the actual result against the expected result at a glance. According to the assertion API, whether it be JUnit or be AssertJ or be anything else, the order between the actual and expected results is never the same.

As a consequence, if both are inverted, the error message will be wrong and will mislead developers before fixing a failing test. The TestAsYouThink resultOf() leaves no doubt about which is what by making the testing language ubiquitous.

These features are specially thought to be used in coding dojos by Software Craftsmen. Indeed most of coding dojos simplify the user interface rendering by printing outputs in the console, mainly thanks to System.out, and eventually to System.err. Thus TestAsYouThink can capture the standard streams for you during the test execution.

Now feel free to make your assertions on the standard output streams easily.

The functional programming approach of TestAsYouThink applied to testing is a very important advantage for software developers. As the API is designed to receive the test steps as functions, it makes you free to factorize many little pieces of code and to assembly them again as new test scenarii. Whereas the granularity of reuse of most of testing frameworks is based on classes, you will take advantage of the ability of TestAsYouThink to play with more and more bricks of code to expand the covered business cases.

You are even able to begin to code a new component behavior directly in a lambda statement as a When step inside a test method. If you are already a Test-Driven Development aficionado, be aware it might be a second stage on the TDD road to improve and expand your practices. Make the test pass by writing the least implementation code you can in the test method comes from TDD as if you meant it.

TestAsYouThink is the first and only testing API that naturally supports the “TDD as if you meant it” practice.

You can find concrete examples of use in the following repositories.

0.8 version: Standard streams as a result

0.7 version: All testing steps as stage by stage checked functions

0.6 version: Fluent assertions as if you meant AssertJ

0.5 version: System under test as a test fixture

0.4 version: Time limit as an expectation

0.1 version: Given-When-Then as a canvas